This was precisely the harsh and uncertain reality that Courtney Otten and her mom, Denise, were facing as Courtney – a young girl of only 7 years of age – has found out she had the disease.

The Failure of Conventional Treatments

ative autoimmune hepatitis treatment options out there, people had very little awareness of just how many choices they had in finding a genuine cure.

While Denise Otten’s book about her daughter’s recovery has taken the world by storm, its success was first sowed with seeds of doubt and uncertainty, as Denise was slowly brought to the point of completely losing hope in the conventional protocol and 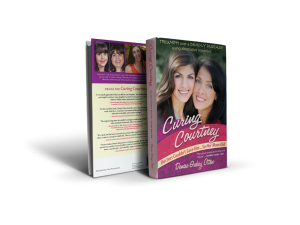 The book tells of how a little girl who had lost more than 5 years of her childhood after her autoimmune hepatitis diagnosis, was now 12 years old and faced with the terrible side effects of prednisone and a possible future liver transplant. Frustrated at the doctors’ apparent lack of empathy and determination, Denise knew then and there that she had to make a difference in order to help her young daughter pull through this difficult time in her life.

A Good Mom Never Gives Up

Tirelessly researching and reading up on all the materials she could find on autoimmune hepatitis treatment options, Denise Otten spared no effort in her mission of finding an alternative treatment and possible cure for her daughter.

Finally, upon finding the right natural remedies and locating the best vitamins and nutritional supplements to not only counter the negative effects of the disease, but fight it off at its core, Denise noticed an incredible improvement in young Courtney’s state.

Today, thanks to her mother’s determination and tirelessness, Courtney has grown up into a healthy young teenage athlete, and Denise’s book, “Curing Courtney”, has become one of the most widely recognized reads that actually provides sound and genuinely helpful autoimmune hepatitis treatment guidelines for all those who are still suffering from the disease.

As a result of the nutraceuticals and natural treatments presented in her book, Denise Otten has managed to raise awareness on the effectiveness of alternative autoimmune hepatitis treatment options, her scientific methods and refined holistic approach being considered by experts as a clearly defined, natural way towards health.