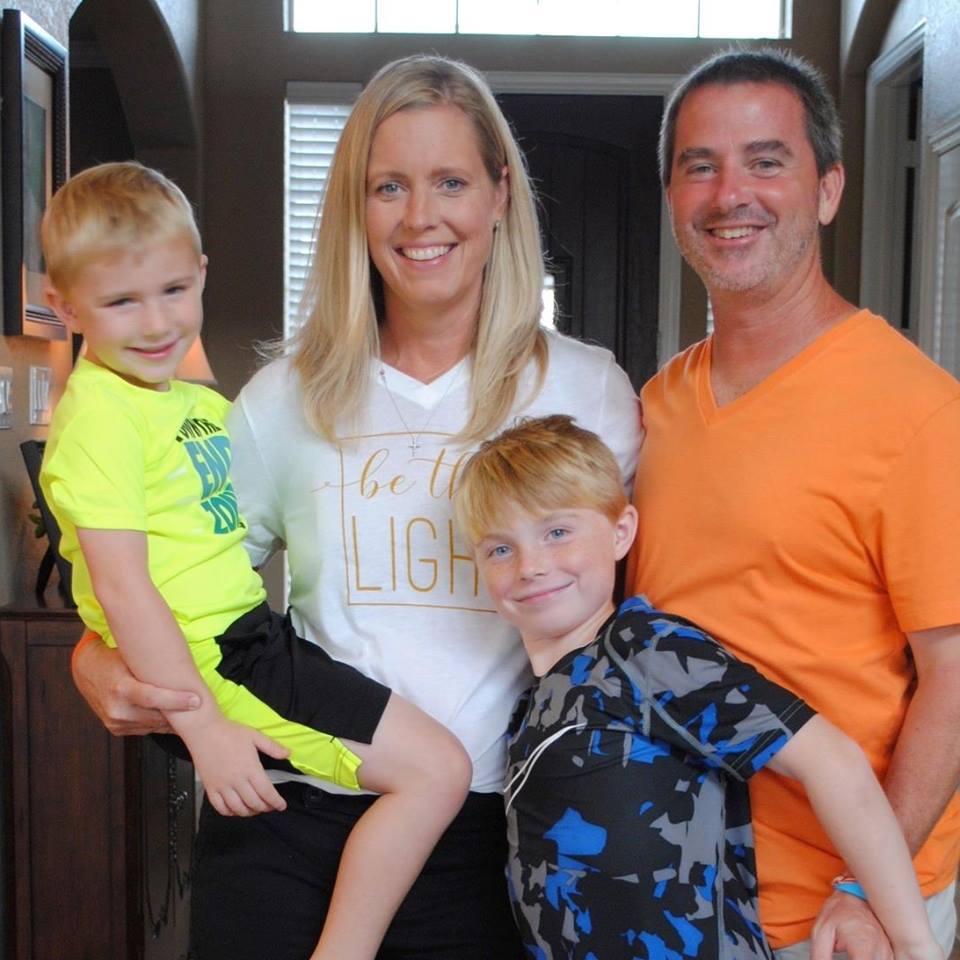 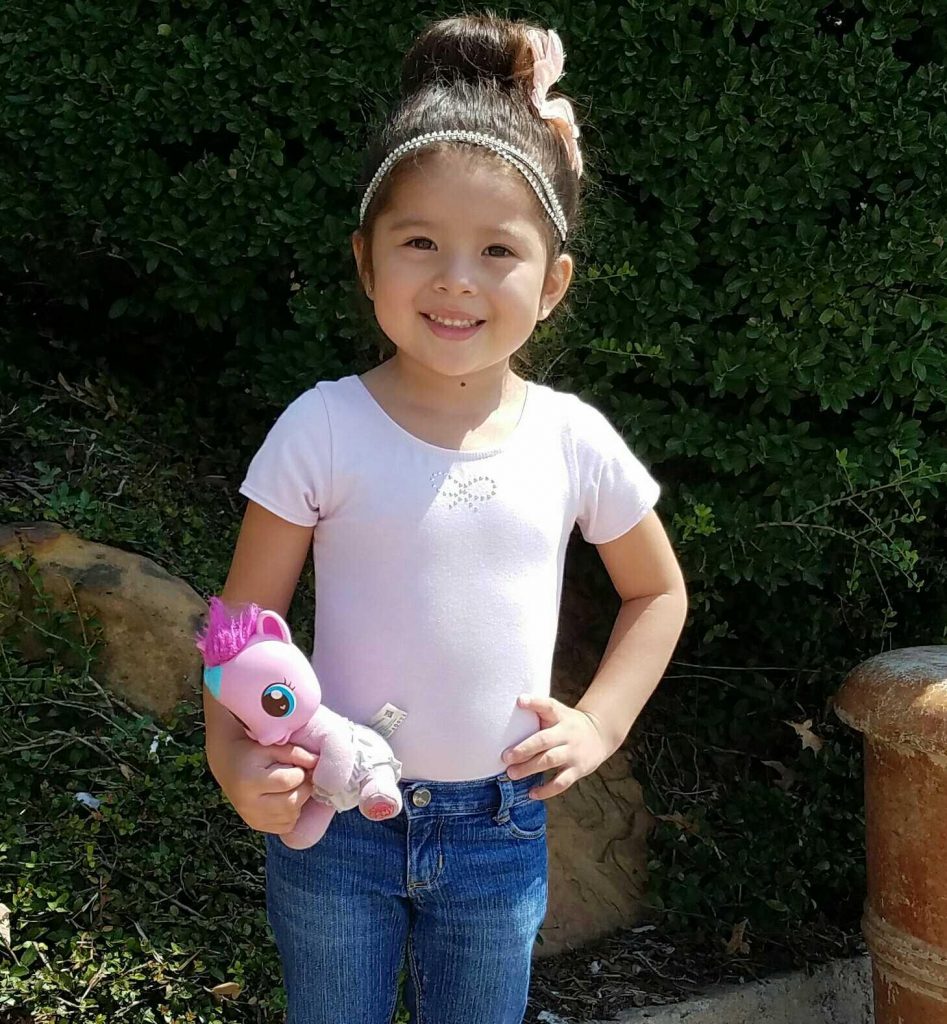 4-year-old Jarissa is GORGEOUS and AIH FREE! (Get out the tissues) This started when she was 15-months old! Her parents, Claudia and Mauro were devastated at the diagnosis…but thrilled as she started healing on the CURING COURTNEY protocol. With the help of @Monica Colon , who translated and supported the parents, we were able to communicate effectively. I’m in LOVE with the babies who heal…and it makes my heart sing to know I can be of service! Here’s Claudia’s story of Jarissa’s Journey..:
In March 2012 we were blessed with our beautiful Jarissa! She was born PERFECT…always an adorable and cheerful baby. Then at 1 year old, she started changing dramatically. She was often sad & her skin and eyes turned yellow. The doctor took lots of blood tests and rushed her to the hospital where we spent TWO weeks fearing the worst. They couldn’t figure out what was wrong. Finally they diagnosed her with AUTOIMMUNE HEPATITIS! Our lives changed forever and we assumed this was a fatal disease. We didn’t know much about AIH, or how she contracted this, so we followed the doctors’ orders obediently. The specialist treated her with very aggressive drug therapy.
They put her on high doses of prednisone (20mg.and more later on), Ranitidine 2.5ml, Ursodiol 3ml, Mephyton 5mg. My beautiful cherub started changing again. Her face became puffy from the drug and the hair on her body started growing long and dark. My baby was sick and the doctor’s medicine was so strong that my husband and I couldn’t bear the thought of our 15 month old baby on these drugs for the rest of her life….or worse…a liver transplant. We were both so sad and depressed that we both believed there had to be other options.
My husband, Mauro started researching and found someone who had helped her daughter with the same disease and healed her with natural means. He found Denise Otten and her book, CURING COURTNEY in 2013. Mauro emailed her right away and she answered back quickly. Even though we speak different languages, my husband and Denise were able to communicate and discuss which vitamins Jarissa needed and how to change her diet immediately.
Thank God we found a person who we regard as our angel, who helped guide us on the natural treatment.
After 2 months on this new vitamin/diet protocol, the specialist was surprised but said it was fine to stick to this diet and vitamin regimen. They could not believe it because she was about to have a liver transplant. The doctor started to lower the prednisone and other meds. Because of fear or caution, we kept my baby on the drugs for 3 years.
She started to feel better and better each year.
Now after three long years, she’s only on 1.25mg of prednisone, plus all the vitamins and the organic diet. But my husband and I are sure her future will be healthy and joyous. Jarissa is really happy now and is the same cheerful girl that we remember back in 2013 when she was 1 year old. We feel blessed that we have our daughter back! THANK GOD ALMIGHTY! And I can’t leave out a big thank you to Denise Otten for your help!
You’re very welcomed Claudia and Mauro Carreno! Your daughter’s remarkable recovery makes me cry every time I see her gorgeous healthy face and smile! You guys rock! Keep up the great parenting!!! xoxo

AIH affects men too! Meet my Handsome friend Ian! He reversed his AIH with the CURING COURTNEY method and is OFF ALL MEDS….for the first time in 3 years!!! His determination to live a healthy life so that he can be a great dad and husband to his wife and 2 boys motivated him to heal! Here’s his story:…

My autoimmune troubles began at 18-yrs old. I was diagnosed with colitis and the doctors said there was nothing they could do and I had to live with it. So I did for 12 years. I also have Asperger’s but didn’t know that much of the ‘leaky gut/colitis’ issues caused some of my Asperger’s issues to get worse. During that time, I learned about alternative healing and went gluten free on and off for years and I avoided certain foods but it never really went away. Then at 30, I developed pneumonia & just couldn’t kick it. I was on antibiotics for a while but it got much worse and I was hospitalized.

This is when the battery of tests began at one of the largest hospitals in our metro area. For 5 days they weren’t sure what was wrong. I had swollen lymph nodes, so they told me I had cancer. Then they said no, you have lupus. Then they said no, you have autoimmune hepatitis. Plus I had a viral infection that brought on the pneumonia. My liver enzymes weren’t that high (200-300 range), but my pericardium was filled with fluid so they had to drain it and get my heart back to normal size.

I was immediately put on 40 mg of Prednisone and 200 mg of Azathioprine, and my numbers still would not go down. Eventually they weaned me off of Pred and had me on AZA for 3 years. I took prednisone once in a while if I had a flare up. I had STAGE 4 FIBROSIS.

The positive trait about my Asperger’s is it gives me great focus and my research abilities are heightened. So I kept researching ‘alternative remedies’. I found & read Dr. Burt Berkson’s book, “The Alpha Lipoic Breakthrough. “Then I read “Curing Courtney” by Denise Otten, and “The Autoimmune Paleo Approach” by Sarah Ballantyne, Ph.D. I continued to absorb information from all over the net from different people who had reversed their autoimmune hepatitis. One morning I had a question, specifically for Denise Otten, and found her on Facebook. She replied within a day and told me what I needed to know. I e-mailed her with questions for about a month, and eventually decided to do it. I needed a lifestyle change, that was clear from my reading, but how? I hired Denise as a consultant and the changes began.

First, going all organic was hard to understand. But after doing some reading, the science became clear. Those pesticides mess with your body, and that is not what I needed while healing.
Second, No wheat, No Dairy. Inflammation and mucus. May only be temporary, but I will probably never go back.
Third, a vitamin regimen to give your body the tools it needs to heal. The protocol has you take all of these supplements that have little or no side effects. Compare that to prednisone or azathioprine, and it’s a slam dunk.

The last part is just to take care of yourself. Good sleep, worry less, learn how to feel good. This is the hardest part. I started meditation, hot baths, walks on the beach, less electronic time. I believe it’s very important to practice these behaviors to help your body heal.

Denise is still working with me today. My numbers are not completely normal (ast60/alt73), but are lower than they have ever been and I am completely off meds for 2 months now. I started in February 2016, it is now August 2016. I am hoping that within the next year I can have normal numbers. Some of the side effects of this treatment include:

I am in the best physical condition of my life, and my mind is clear and focused. As for my Asperger’s, my anxiety has been reduced and I have more willpower to stop the repetitive behaviors, but they are still there. I see hope instead of death. Every time I would go to a doctor they would say “male AIH is aggressive and unpredictable, you could die in the next 6 months.” It’s extremely depressing to hear that over and over again when you have a wife and 2 young boys to take care of. The worst side effect of all is telling everyone their food is poisoned. Most people don’t get it and they don’t want to, so you must pick your battles. My family is beginning to understand, but many simply don’t care.

Denise walked me through this step by step. This is a journey of discovering yourself and how your body operates. Denise hates this disease, it tried to take her child, and she will help in any way she can. She has pooled knowledge from the collective experiences of all the people she has worked with and that is invaluable tool in fighting autoimmune disease.
Thanks for your continued help, I will beat this disease!
Ian, you’ve already beat AIH….you’re in control of it now that you’re off all meds! HOORAY!!!! I’m so proud of him… and his wife …for supporting her hubby and going on the diet with him!
Big Jersey Hugs! 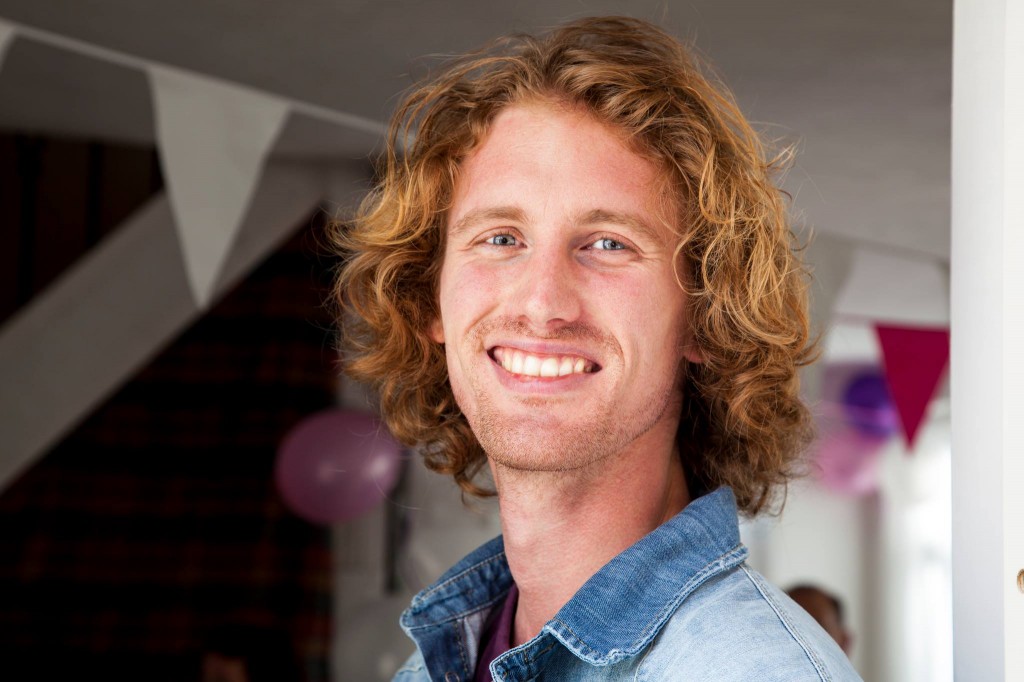