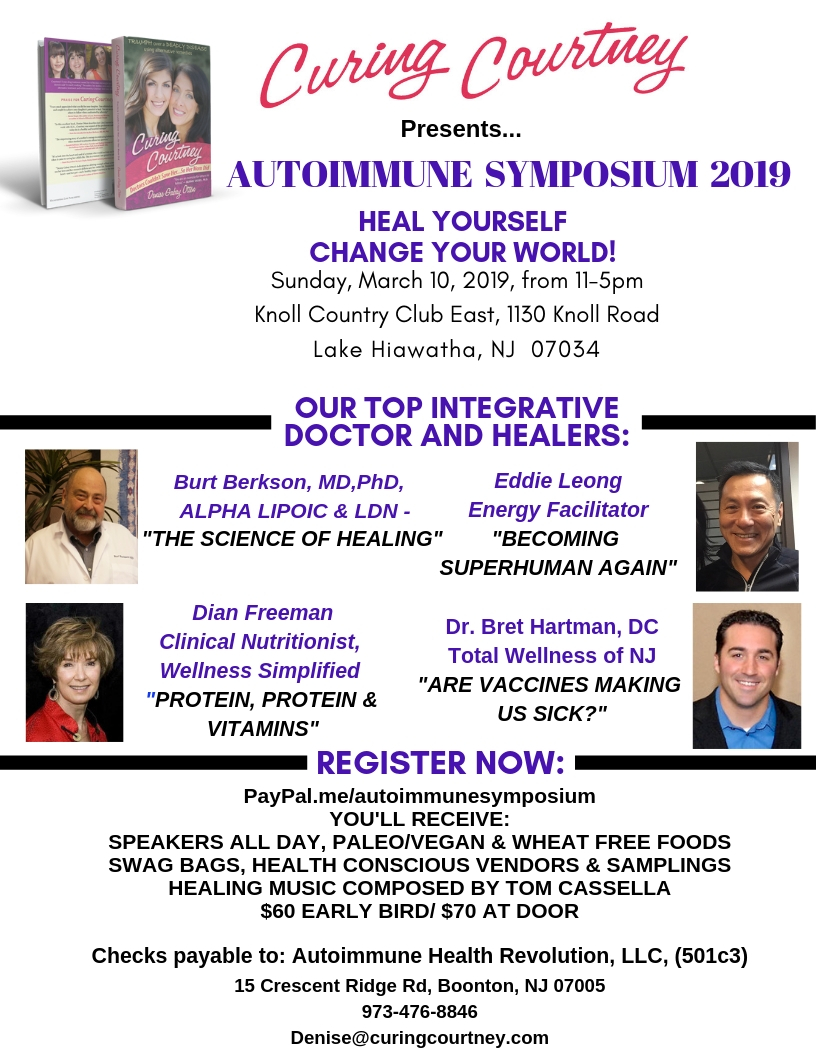 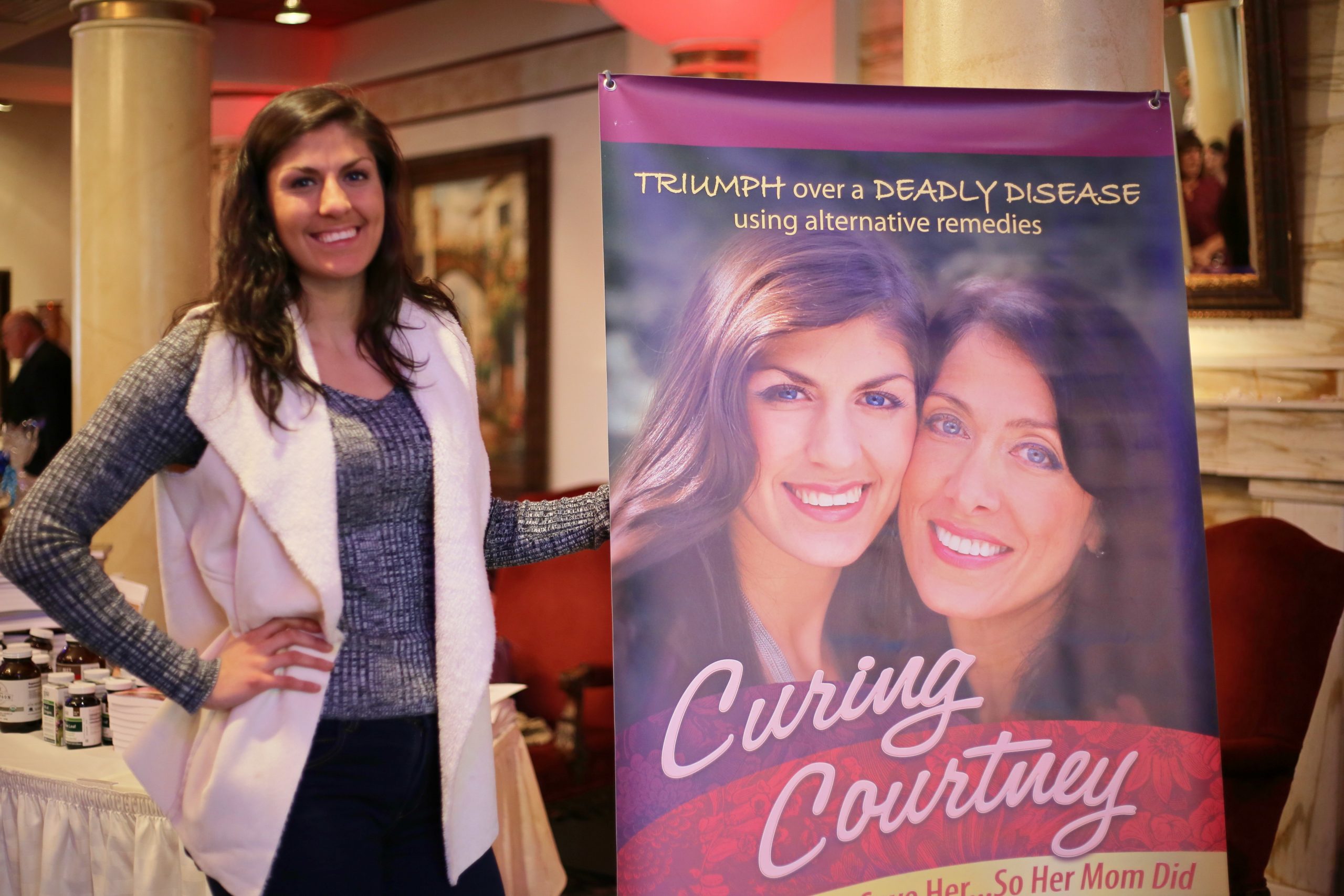 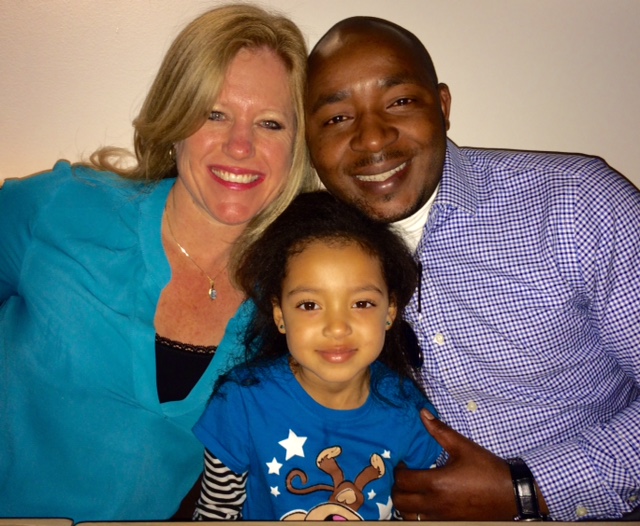 Eliana’s mom, Nichol put her on the CURING COURTNEY protocol after a devastating diagnosis of AIH at 4 years old and AST/ALT in the 3000 range.  She’s here to tell her story of how Eliana healed.  Now she’s 8 years old.  I’m so proud of the mom and dad.  (sorry about the poor video) 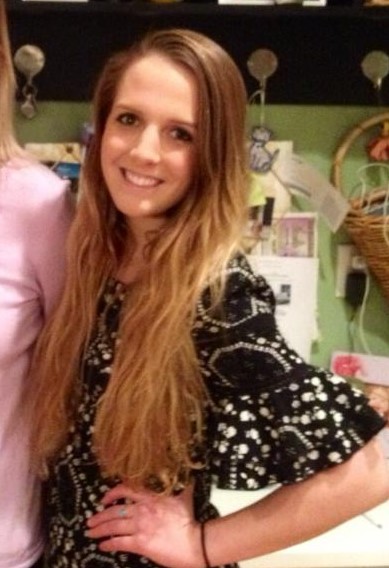 Hayley is a beautiful artist and at 22-years-old is a very strong & determined young woman. When we first spoke, she and her mom weren’t sure that the CURING COURTNEY protocol would work. But as she followed the doctors orders, the meds put her into a slow spiral downwards. Finally she told her parents that she wanted to try something different. “Let’s hire Denise and see if the vitamins will work.” I was so happy she called me back. I knew I could help her particular situation with the right diet and vitamins.
Months later…she’s off ALL MEDS! She’s happy, healthy and feeling better than she has in years. I’m so proud that she decided to follow her intuition and try a different way of healing.
Here’s her story….

A year ago I was diagnosed with a chronic auto-immune disease that had potential to lead me to liver failure. Tooooday I’m virtually symptom free following an anti inflammatory diet, vitamin routine and hot yoga, I no longer take terrible meds that they said I would be on for the rest of my life. Thanks to my momma, Denise Gabay Otten and Penn Medical… Curing chronic disease naturally is real y’all! 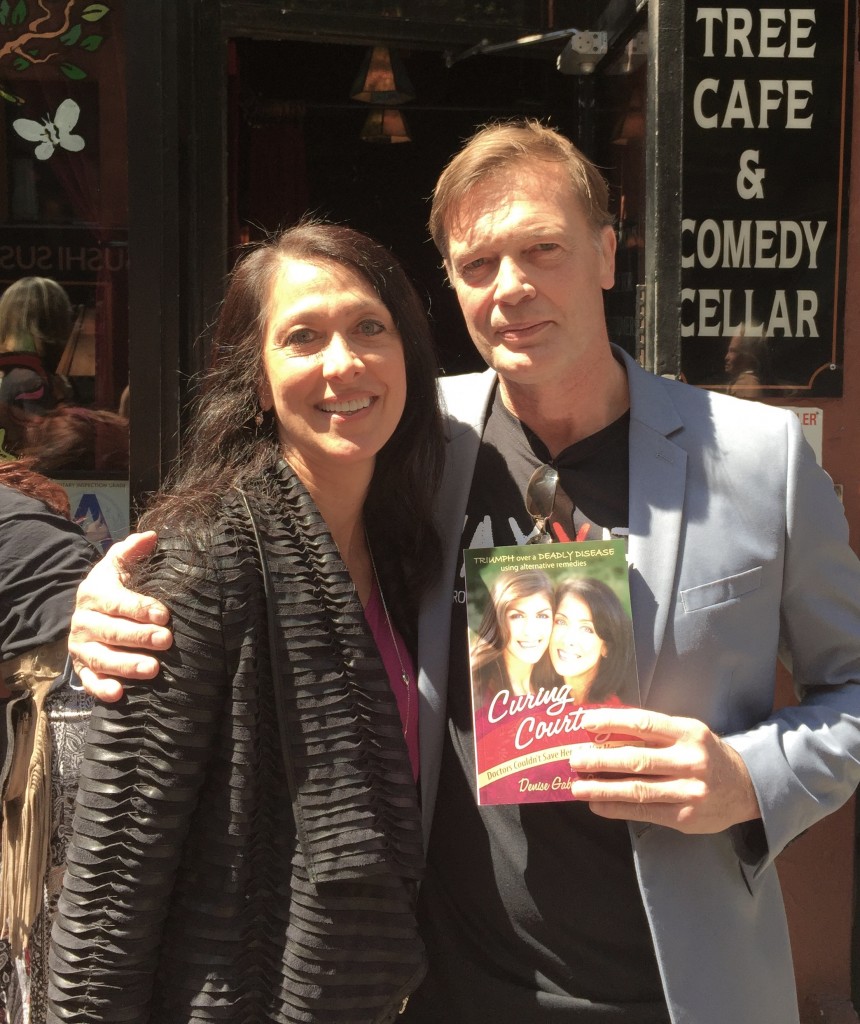 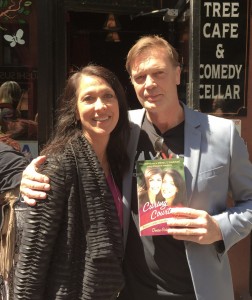 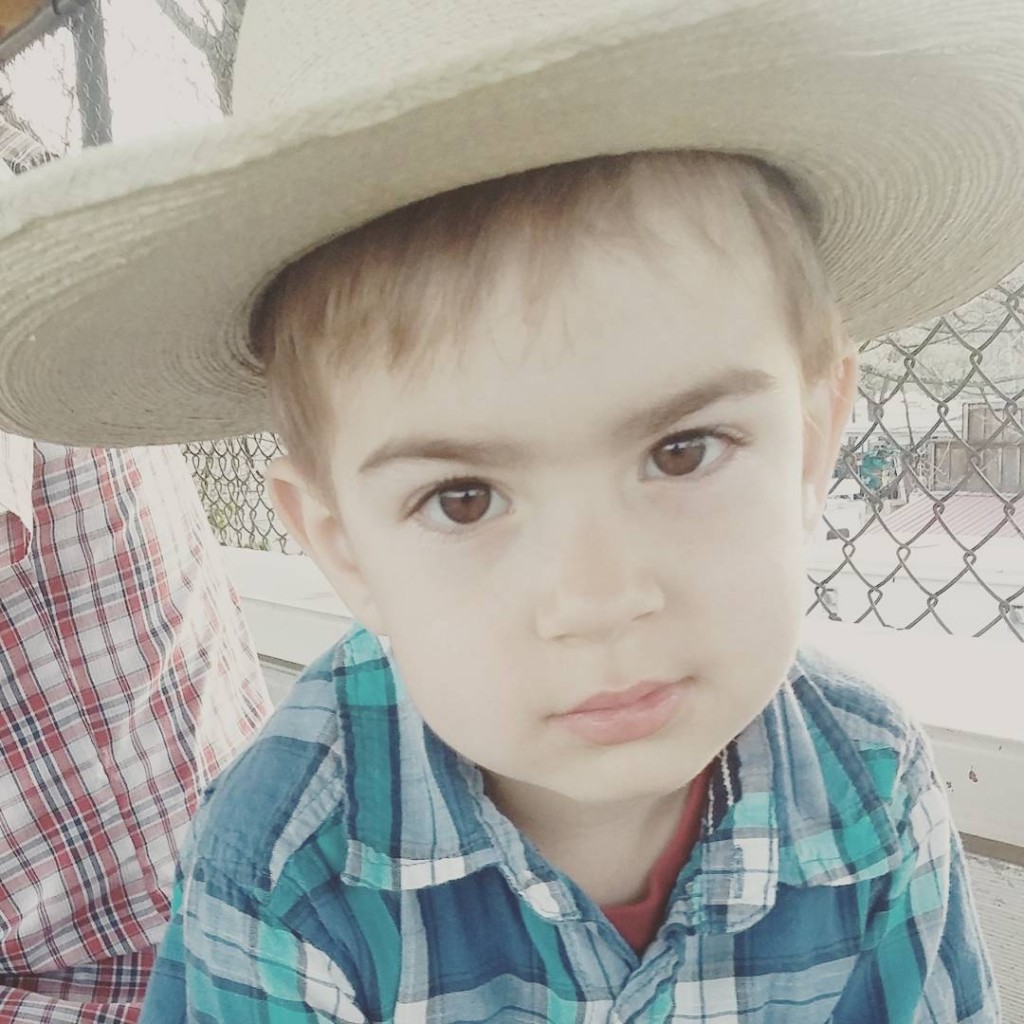 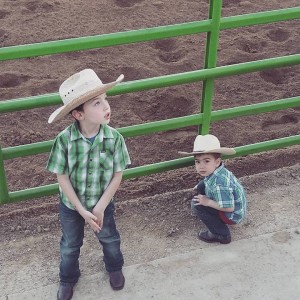 This is the story that will change lives..it will hopefully change the way you think about eating, vaccinating and taking lots of meds to reverse disease.
Meet my new love…This is 4-year-old HUDSON & he’s AIH FREE! At his worst, his liver levels were at 5000! Yes, many AI cases are caused by vaccines at birth, in utero, or as adults. But, with the science of an Autoimmune diet, vitamins & patience, Hudson is healthy and drug free! His mom, Kiely found me last year when his prognosis was dire.
Here’s Kiely’s story…

Every parent’s worst nightmare came true for us in December of 2014 when our two and a half year old son Hudson started complaining of belly pain he also had darker than normal urine. So we called the pediatrician’s office and gave them his symptoms and they didn’t seem too concerned until a few days later I noticed the whites of his eyes looked yellow to me so I rushed him to the doctor and they took a urine sample and did some blood work and told us that he had high levels of bilirubin in his urine and they would let us know what the blood work said. But 4 days later we got a call from the pediatrician telling us that Hudson’s liver enzymes were in the thousands and that he was going to be admitted to a hospital in Northern CA. Once we got there they ran dozens of tests & he had blood drawn every morning. All of the tests were coming back negative and they told us that he’d need a liver biopsy because he was in acute liver failure. He spent 6 days at this “Memorial hospital” but his liver enzymes sky-rocketed to the 5000 range and they were uncomfortable doing the biopsy. The then transferred him to a famous Children’s Hospital in Northern, CA. When we arrived and they took even more tests, then did a liver biopsy.

While Hudson was in recovery, two of the liver team doctors came in and told us that he would most likely be listed for a liver transplant the next day if things didn’t start getting better. Then they had my husband and I watch a video of how to care for someone that’s had an organ transplant. We also had a hematoligists come in and tell us his blood cells looked abnormal and asked if we had any history of leukemia in our family!

Talk about my absolute biggest fear! During the next twenty-four hours we prayed over him and had hundreds of of people all over praying for our baby. We literally lived our days in the hospital focused on AST, ALT, INR and ammonia levels… things most parents have never even heard of.
The next morning one of the liver transplant doctors came in and told the other doctors to try to give him some different medications. One of the drugs was prednisone. That’s when his liver enzymes to drop. And less than 24 hours after we were told he was going to be listed for a liver transplant and 6 stressful days of waiting…we were told he had AIH and we went home the next day. We were ecstatic. It was Dec 23rd and an absolute blessing and miracle!

We were sent home with a slew of medications, with him at 30mg of prednisone and a taper calendar to have him off prednisone by Feb. But as the steroid tapering got to 10 mg, his ast/alt numbers shot up to the thousands again. Hudson was having horrible side effects, angry outbursts,.. his sweet face got round and chubby and he was growing hair all over. After an appt with his GI Dr. In Feb we were told that since the steroids were no longer working, we would need to go to a stronger medication they use for chemo patients called Imuran.

Then in his next breath the Dr. said it’s been known to cause blood cancers like leukemia and lymphoma and its a medication he would be on for life. I asked him if there are any other options. He said no. I took the information and said “my husband and I would discuss it.” I left the office in tears with Hudson in my arms and prayed to God the whole way home for a miracle for healing of my sweet baby. I got home and immediately started researching alternative treatment for AIH and that’s where I came across “Curing Courtney” I began feeling hopeful reading all of the testimonies of others people who Denise had helped. I went to Facebook and sent Denise a PM with Hudson’s story and to my surprise got a quick response from her. I bought her book and read it in a few hours. I immediately felt a sense of peace and hopefulness. My husband and I decided to hire Denise to be Hudson’s Holistic Health Counselor. She was so amazing answering my hundreds of questions and walking me through the protocol. We decided to hold off on the cancer causing drug and immediately started the new diet and cut out all wheat and dairy. Hudson’s next labs started trending down. Once we got all the vitamins we continued to see labs dropping. Our next appt with his GI Dr and a liver Dr. from the Best Hospital in Northern California, we asked if the new change in his diet and vitamins would help and they said no but it wouldn’t hurt so we decided to try it along with the prednisone. After what felt like forever …a year later our boy is off all steroids and his liver numbers are normal!!! Praise Jesus! We are beyond grateful for Denise and what she has done for our son there are no words to thank someone enough for saving your babies life. Denise you are a true angel on earth and an answer to our prayers and we will be forever thankful for you. Your love for others shines through all you do and I pray you will be greatly blessed.xoxo
You’re very welcome Kiely Allen . Not only am I in love with this adorable little boy, but I’m so impressed with his mother’s research and tenacity. Kiely is as intelligent as she is beautiful. We need to give a lot of credit to the mothers, fathers and adults who sift through the research, apply the principles and hang in there while the body takes it’s own time to heal. Even when the naysayers question our intelligence….and they continue to do so…we must persevere! A hat tip to Kiely and a salute to her Military husband, Jared. He’s taking care of our Country!